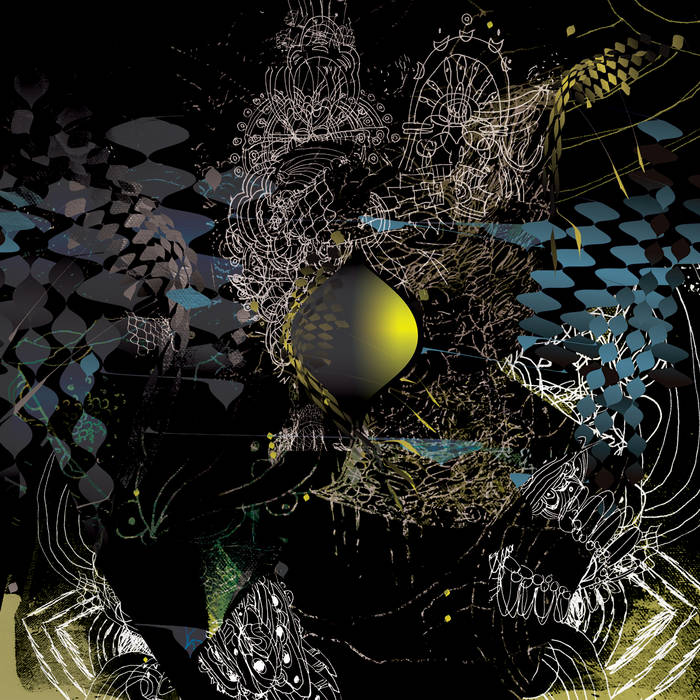 Originally unleashed in October 2011, “No On” stands as a supreme example of otherworldly drift and celestial hum. One of our favorite releases from the label catalog, we are happy to finally make this complete work available digitally for the common ear. High tide dream state, distant machinery as filtered through heavenly rotations of light.

Cleveland based artist and musician David Cintron has been active for years, steadily delivering skewed sonics with avant-rockers Terminal Lovers, guitar slinging with improv-vets Scarcity of Tanks, and currently working in ambient project Blind Spring. With "No On", Cintron steps forward in solo mode to offer a pair of ethereal blazers in single frame metamorphosis, cracked facet finds supernatural form.

The album has finally been unearthed from the dusty LUS archives and put forth in shimmering glory, a triumphant rebirth into this fearsome digital age. Light expands to fill the empty vacuum of outer orbit, a shifting pulse of bright, pristine air.

Initially released as LUS-019 in an edition of 100 copies. Professionally duplicated disc was packaged with full color UV gloss digipack featuring artwork and layout by David himself. Manifest haze, a grand monument of electronic hypnosis.


“…it’s time to welcome back Terminal Lovers’ leader Dave Cintron, whose new album NO ON is a compelling and highly useful wipe-out. Featuring just two 20-minute long pieces, Cintron delivers a kind of post-industrial Cleveland sonic ooze, as though Gavin Bryars’ ‘The Sinking of the Titanic’ had been performed not on violins and cellos but on carburettors and accelerators. Now operating as ‘David Cintron’ though still available via www.davecintron.com, our erstwhile Head Heritage fave should be a greedy motherfucker and demand to release albums under both names. And with meditational aids this good, David Cintron is good for another twenty years. Great fucking news.” – Julian Cope, January Drudion 2012. bit.ly/2UXhGwx


"...a distant howling hidden behind the spherical echoes of a giant cosmic presence.”- Heathen Harvest. bit.ly/2GYCal8

Bandcamp Daily  your guide to the world of Bandcamp